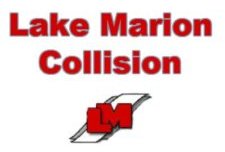 How Much Do Small Dents Affect The Value Of A Car?

Can I Fix Dents With Paintless Repair?

New cars typically depreciate 19% in their first year, 15% in their second and third years, and then much less as a car approaches the ten-year mark. After a car is 10 years old its value is largely determined by the condition it’s in, its popularity, and its gas mileage. An average accident can decrease a car’s value instantly (and permanently) by 10 – 25% annually, whereas an accident that only creates light damage (such as light scratches or small dents that don’t impact the paint) will only decrease its value by 5-15%. The question then becomes, “should I fix my minor dents before selling my car?” Quite often the answer is “yes” because minor dents can be removed using a process called Paintless Dent Repair. The auto body and collision specialists at Lake Marion Collision, in Lakeville, Minnesota, can help you determine if paintless dent removal is a possible option for you.

What is Paintless Dent Repair?

Dents that don’t have deep creases or haven’t affected the paint (cracked or chipped it) can normally be fixed. The beauty of paintless dent repair is that a dent can be pushed and/or pulled out without having to be repainted. Many dealers and body shops prefer to use this type of repair because it’s often quite a bit faster and cheaper.

Which dents should I fix before selling my car?

A general rule of thumb is that if you notice a dent from 10 feet away you will want to fix it. These types of dents are noticeable and sellers may lose more money due to the dent than it would cost to repair it. Also, dents make buyers worry that a car has not been properly cared for.

Experts at Your Service

If you have any questions about paintless dent removal and if it’s a good option for you, contact the ASE Certified experts at Lake Marion Collision, (952) 469-2277. They are locally owned and operated and are conveniently located in Lakeville, Minnesota. Making an appointment is easy – just call us, go online, or walk-in for fast service. Minor dents and dings don’t have to last a lifetime so let their skills and precision work for you!